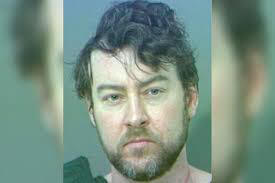 Federal officials with the U.S. Forest Agency told the CBS Local folks over in Sacramento that they placed a tracking device on suspected Dixie Fire starter Professor Gary Maynard’s car after someone saw him tiptoeing away from where a previous fire, the Cascade Fire, was going.

“Witness 1 believed the man was mentally unstable, describing the man as, ‘mumbling a lot and having bipolar-like behavior,’” is what was first reported by the CBS Local folks in Sacramento. An investigator stated that they determined that two small fires were the work of an arsonist who they identified as Professor Gary Maynard.

The feds, however, have as of yet to determine how and with what the professor allegedly used to start the fires. The professor, of course, is madder than a rabid bulldog that the feds are accusing him of being an arsonist and using his alleged “arsonist” skills to set two fires with one, the Dixie Fire, being the largest single wildfire in California’s history. “I’m going to kill you, fucking pig! I told those fuckers I didn’t start any of those fires!” is what the CBS local folks in Sacramento said a federal investigator said the professor said while kicking his jail cell door.

And just to add a little more sour without the sweet, the investigators have let everybody know that they think the professor is a cold hearted serial arsonists who went so far as to attempt to trap firefighters, with the fires he set, so the firefighters wouldn’t be able to stop the fires from raging through the towns.

Maynard’s fires were placed in the perfect position to increase the risk of firefighters being trapped between fires.” is what the CBS local folks in Sacramento first reported as being in the court documents detailing the professor’s allege crime of arson.

Oh yeah, there are also the fines and money to be paid for fighting that behemoth called the Dixie Fire. Having said all of that, the chances are slim to none of the state and the victims getting any money out of Professor Gary Maynard.

The professor isn’t one of those big shot professors who has money pouring in from numerous TV deals, book deals, and speaking engagement deals.

The professor is like most professors, broke. As a matter of fact, Professor Gary Maynard is so broke that he is living out of his car.

So yeah, it’s a tragic case all around that will lead to Californians having to foot the bill.