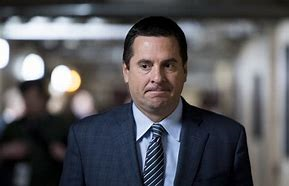 Devin Nunes has been very busy, as of late, doing what he does best, which is throwing shit at the board in the hopes that something will stick. The shit Nunes threw is a fifth lawsuit. And “lucky” number five is none other than Ryan Lizza of Politico and Hearst Magazine.

Let Nunes tell it, Lizza deserves to be hit with a lawsuit because he’s running around town writing lies about Nunes’ family, telling everybody they aren’t real farmers and all the Nunes are new at is finding creative ways to hide juicy, political gossip about that farm they supposedly own over there in the Hawkeye State.

“They should be punished for their unlawful actions and a very strong message needs to be sent to prevent other so-called ‘journalists’ from acting in a similar way,” is what The Sacramento Bee says Nunes’ wrote in his complaint to the court in Virginia.

Lizza, who now works for Politico, isn’t saying anything about it. Politico, who writes Lizza’s checks, is saying some things about it.

According to The Sacramento Bee , the some things that Politico is saying is that the company did its “due diligence” and found that Lizza is not a “so-called” journalists, but a real journalists. Nunes, of course, will say all of that is a lie and that Lizza and the liberal elite media is trying to ruin his good name because they are jealous that he is BFFs with the president and they are not.

Nunes would be like, “They’re still salty over the fact that I got a gig as the chairman of the House Intelligence Committee, which enabled me to be the “bag man” for Donald Trump. I got to jump in and out of black, tinted Mercedes XL cars. I got to get up, late at night, and snick into the Eisenhower Building where I met a super, super top secret man who gave me access to super, super top secret information that I then took to the president. The Demoncraps and their liberal elite media hit boys, like Ryan Lizza, are just haters.”

Haters, the Democrats and the liberal elite media are not. Salty over losing a winnable election, yeah, they’re still that. But haters, nah.

And for those of you who are wondering, some of the other folks and companies Nunes has sued are Twitter, the parody accounts Devin Nunes’ Cow, Devin Nunes’ Mom, and Republican Strategist Liz Mair. Yeah, I know, he’s an equal opportunity suer.

Oh yeah, before I forget, Nunes is also suing Fusion GPS, the progressive group Campaign for Accountability, and McClatchy, which is the parent company to the Fresno Bee.

I tell ya’, ever since he lost his job to Adam Schiff as the chairman of the House Intelligence Committee that Devin Nunes has been keeping himself busy.