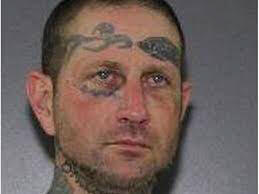 
Police believe Travis Bowcock
targeted his victims one of
whom was shot in July on the
same driveway that Bowcock
shot him on
by Nathan'ette Burdine: November 7, 2021
Tweet
Follow @nbnylemagazine

The police believe that 42-year-old Travis Bowcock meant to shoot two people on a residential driveway back on the 23rd of September of this year.

One of the people who Bowcock shot was shot back in July on the same residential driveway that Bowcock shot him on the 23rd of September of this year.

And based on the fact that one of the victims was shot two separate times on the same driveway, along with 42-year-old Travis Bowcock’s face and neck markings that he wasn’t born with, the chances are great that the shootings are related to something really, really bad like a mad family member or friend, a bookie who wasn’t paid, or some gang stuff.

Either way, it’s really, really bad. Just to be clear, the police haven’t said definitely that the case is gang related.

Due to his really, really bad behavior of shooting two human beings, 42-year-old Travis Bowcock has been charged with “attempted murder, aggravated assault, using a firearm, discharging a firearm with intent, and impersonating a police officer.”

Why was he playing like he was the police? Hm, oh well, now he’s in jail.