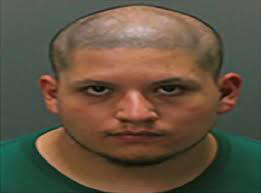 
The police found in Joseph Jimenez’s
RV trailer the gun that he used to kill
one woman during the showing of
The Forever Purge
by Nathan'ette Burdine: July 29, 2021
Tweet
Follow @nbnylemagazine

Late Tuesday night, the police arrived with a search warrant at the RV Trailer of 20-year-old Joseph Jimenez and managed to luck up and find all the evidence the DA needs to get a guilty verdict on the three charges of murder, attempted murder, and theft that Joseph Jimenez got himself hit with after he decided to shoot up folks during a showing of the movie The Forever Purge at the Regal Edwards Corona Crossings in Corona, California.

“During the search of the residence, a firearm and additional evidence related to the crime scene were discovered. The firearm matched the caliber of the weapon used in the murder,” is what is stated in the Corona Police Department’s press release.

Right before the clock struck 12 midnight on Monday, Joseph Jimenez walked into the room where The Forever Purge was showing, pulled out his gun, and begin shooting.

He shot and killed 18-year-old Rylee Goodrich and he shot and stole the wallet of 19-year-old Anthony Barajas.

After doing all of his shooting, stealing, and killing, Joseph Jimenez got back into his ride and headed back home to his trailer in El Cerrito.

Unbeknownst to the soon-to-be upstate resident inmate, the good decent folks in his community were watching the news and put one and one together to get two.

They called the police who then made it out there, with a search warrant in tow, to Joseph Jimenez’s way.

The GIT joined in on the search due to killing Joe’s commission of a felony with a deadly weapon. The police don’t have any evidence suggesting that Killing Joe is in a gang.

As y’all can see from his mugshot, the young thug isn’t too happy that his thugging is up.

Instead of planning future killings while “watching Sponge Bob in his jammies,” Joseph Jimenez is now resting his hide on a $2 million bond in a jail cell at the Riverside Presley Detention Center.