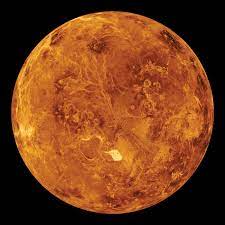 Thousands of years of volcanic eruptions is why Venus went from being Earth’s cool twin to Earth’s hot twin. The volcanoes just spit out all of the hot lava, back to back, so to the point that that it made Venus the hottest planet in our solar system.

Venus wishes she could have temperatures like that, but she can’t. And she can’t because according to the science folks’, M.J. Way and Richard E. Ernst and Jeffrey D. Scargle, article Large-scale Volcanism and the Heat Death of Terrestrial Worlds in The Planetary Science Journal, Venus’ volcanoes consistently popping off and spitting out all of that methane caused Venus to have a runaway greenhouse effect.

The runaway greenhouse effect occurs whenever the heat builds up in the clouds and becomes so heavy to the point that the only place the heat has to go is down to the ground.

Due to Venus’ volcanoes having too many back to back angry days, the volcanoes ended up spitting out methane faster than Venus’ atmosphere could kick it out into space.

Whenever there is no end in a planet’s ground boilimg everything that touches it, then that is evidence of a runaway greenhouse effect.

In an effort to ensure that none of us end up like a boiling Gremlin,

the science folks are studying the runaway greenhouse effect that occurred on Venus.

The runaway greenhouse effect on Venus is similar to what is occurring in the waters of the western part of the Pacific warm pool. 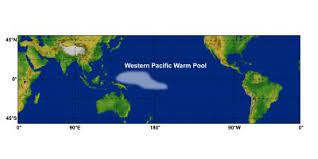 The warming of the waters in the western part of the Pacific warm pool isn’t slowing down, which means there is a runaway greenhouse effect in that area.

Knowing that the runaway greenhouse effect can turn Earth into a witch’s pot, the science folks will continue studying Venus’ atmosphere so that they can gain a better understanding of how to prevent Earth from becoming the other hot twin.