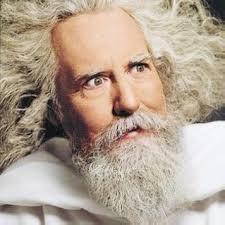 Anyone with a lick of sense will be able to see that God is using sarcasm to point out the hypocrisy of those who love using His infallible nature to justify their hatred towards folks who don’t live their lives the way they want them to.

Let the Twitter folks tell it, they gave God ample amount of warning after they suspended parts of his account on Thursday for what they say was his promotion of hateful speech.

The Twitter folks told God that He violated their policy of promoting hateful speech after He told Catholic bishops that their love for molesting little boys is why they can’t stand near the cross.

Thanks, Twitter! I needed a half-day off anyway. pic.twitter.com/jXi0Zo1xAM

I don’t know who’s in charge of interpreting and applying the Twitter rules. But, I do know that the interpretation and application of Twitter rules are unfair.

God wasn’t saying He’s in favor of child molesters. He was saying that child molesters have a first class seat, with diesel gasoline drawers on, to hell. Ain’t nothing wrong with that because that there is just common sense!