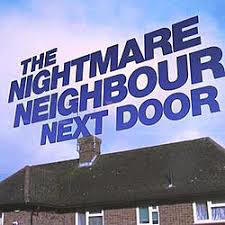 The Nightmare Neighbor Next Door


A West Vancouver couple living in a
new development cut their neighbors’
cedar trees while their neighbors
were away
by Nathan'ette Burdine: August 26, 2021
Tweet
Follow @nbnylemagazine

Andrew Liu and Ying Liang waited for their neighbors, Mr. and Mrs. Minicucci, to leave their home for a couple of days before they gave the Minicucci’s 28 cedar trees a “nice” barber’s cut.

The cedars, which stood at heights of 10 feet and 25 feet, were trimmed down by 2 feet to 3 feet. When asked why the cedars shrunk by 2 to 3 ft, Liu responded that he didn’t know.

Liu swears up and down that he only took six inches, not two to three feet, off the top. And that he never would’ve snip, snip, cut, cut if the City of Vancouver didn’t give him permission to do so. The Minicuccis looked at Liu and then at their trees and then back at Liu again who, like a rogue lumberjack man, stood there like he had all the God given rights to trespass onto other folks’ land to do as he saw fit.

Seeing that Liu believed that the city and God had given him all the rights he needed to trespass onto their land to cut down their cedar trees, the Minicuccis decided they better take their case to a Your Honor.

Liu and Yiang weren’t too happy about the fact that they had to fork out money to fight a case in court that the city and God had already decided on.

The judge got the case, read it, listen to the arguments from both sides, and then decided that neither the city of Vancouver or God gave Liu the right to go cutting down folks trees on their property.

The judge told Liu and Yiang that their giving themselves the legal and divine right to take two to three feet off the top of the Minicuccis’ cedar tress is why they not only have to stay away from the the Minicuccis, their cedar trees, and their other property but it is also why Liu and Yiang have to pay a total fine of $48,175 (general damages-$17,000, special damages-$1,175,and punitive damages-$30,000).

As for Liu and Yiang’s countersuit, well, Your Honor threw that out.