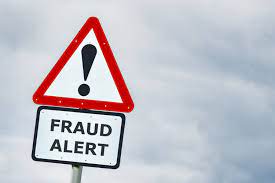 A fake producer is using the ol’ “fake it till you make it” game in order to pose as Maxwell Z. Bentley, the founder and owner of Bentley Media Group, so that he, the fraudster, can scam aspiring actors, actresses, and models out of their hard earn money.

Bentley Media Group is an Atlanta based marketing company that makes videos for individuals and companies that want to market their brand.

The fraudster told his potential targets that he would pay them $5,000 for a six-hour photo shoot. But like all things involving fraud, there was a catch. And the catch was that the fraudster would send them a $500 check that they needed to deposit and then use to pay, via a mobile payment app, for work related services, like wardrobe, associated with the photoshoot gig.

The fraudster most likely thought his plan would work 100% of the time. For starters, Bentley Media Group is a small media company. It doesn’t have the resources that a large media company, like COX Media, has to nip fraudsters in the bud. Then there’s the whole mobile payment app bit.

Banks tend not to investigate cases of fraud involving the use of a third party mobile app service, like Zelle. And the banks generally don’t investigate those fraud cases because the fraudster has all the legal paperwork giving his claim credibility, and the poor sap, who’s been duped by the fraudster, has a hard time explaining to his bank why he sent his money, via his Zelle account, to someone he now believes is a fraudster. Fortunately for Bentley’s business, several actors, actresses, and models put an end to the fraudster’s rodeo.

Maxwell Bentley told Justin Gray of WST-TV that he became aware of the fake producer’s “fake it till you make it” scam after more than 100 actors, actresses, and models called his phone about an email they received promising them $5,000 pay to complete a six-hour photo shoot for some fashion company.

Bentley looked at the emails the actors, actresses, and models sent him and he quickly realized two major problems. First, his website and business name were correct, but the email address and phone number was not. “They’re using different email addresses that use part of my name in the email, then they use my real website and real name with a fake phone number,” is what Maxwell Bentley old Justin Gray of WST-TV.

Bentley said receiving all of those calls and looking at those emails is why he put up on his website this fraud alert: “Fraud Alert If you received a strangely worded email with a $5,000 casting opportunity-it is a SCAM. Do not send them personal information, cash their check, or send them any money.”

If any aspiring actors, actresses, or models happen to get an email from a fraudster promising money if y’all send him money, remember the first sign it’s fake is that the fraudster is asking y’all for money.

Also, check the information like the business name, website’s name, owner’s name, email, and phone number. If just one piece of information is wrong, then that person is the wrong person for you to be contacting.

Don’t get got! Check everything out!