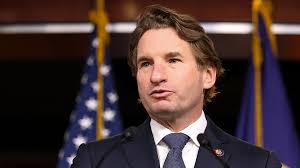 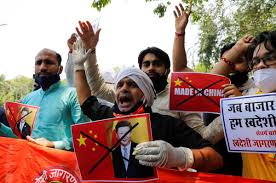 Local Circles conducted a recent poll showing that the deadly fight between India’s soldiers and China’s soldiers, along the LAC border in the Galvan Valley, has led to over 90% of India’s citizens saying that in order to show support to their fellow countrymen and women they’re willing to go an entire year of not buying any new products owned by Chinese companies.

The poll numbers break down like this: 58% of folks say they aren’t using any products owned by Chinese companies, with 39% saying that they won’t use any new Chinese products but they’ll stick with what they have for now.

Some of the Chinese owned companies that India’s citizens are willing to not use are Tik Tok and WeChat; which, by the way, India has banned along with 57 other companies.

China isn’t too happy to hear about that because that means the world’s biggest democracy won’t be providing China with the wealth of data they need to sell in order to make a profit off of all of that TikToking and WeChatting that goes on in India.

All of this mess got started on June 15, 2020, after India’s soldiers and China’s soldiers came to blows on top of 14,000 square feet of narrow terrain where just a movement of your pinky toe could send you falling down into the sub-zero waters down into the Galwan River.

China’s officials say that India’s troops instigated the deadly combat after they ventured onto China’s side of the LAC. China Foreign Ministry Spokesman Lijian Zhao was quoted by the BBC folks as saying that the Indian troops caused the deadly brawl, which left 20 Indian soldiers dead and 76 injured, after they “once again crossed the Line of Actual Control for deliberate provocation when the situation in the Galwan Valley was already easing. India’s front-line troops even violently attacked the Chinese officers and soldiers who went there for negotiations, thus triggering fierce physical conflicts and causing casualties.”

Lijian Zhao accused India’s officials of stirring up trouble, ever since April of this year, with their building project that includes roads and bridges and buildings on China’s side of the LAC.

India Prime Minister Narendra Modi says ain’t none of what China Foreign Ministry Spokesman Lijian Zhao saying is true. And that in fact it was the Chinese who tip toed on across into their area. “…the Chinese Galwan Valley. There’s a Line of side sought to erect a structure in Galwan Valley on our side of the LAC,” is what India PM Narendra Modi is quoted by the BBC as saying.

Just so y’all know, it’s not lost on me that 20 of India’s soldiers died and 76 were injured without the help of bullets and explosives going into their bodies. In other words, I know there are those of you who are questioning why have an agreement that prevents the use of deadly weapons when folks end up dead from the deadly weapons they make.

But you see, folks, what y’all have to understand is that the purpose of the bi-lateral agreement is not to prevent all death, it’s to keep the total number of people being killed down. The chances increase of more people turning up dead when bullets and explosives are involved compared to when people just use their fist and homemade medieval kits. Twenty-people being killed isn’t a good thing because it’s a loss of human lives. Having said that, 20,000 people getting killed is much worse because it’s a greater number of people who’ve lost their lives; which means the chances increase of there being an all-out war between the world’s largest democracy and a military and economic powerhouse in the region.

And folks, let me tell you, you don’t need to be a rocket scientist to figure out the ripple effect that’ll have on the world economy. Heck, just look at the nose dive the world economy took after the coronavirus broke out of Wuhan, China. Ain’t nobody got money! Heck, money ain’t even got money.

So yeah, if a virus can leave everybody just over broke, just think about what a war between India and China will do.

That’ll just suck for everybody.