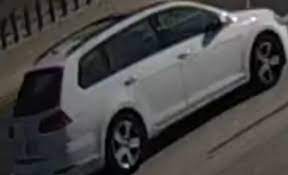 Related: Aiden Leos is the six year old boy who was killed during a road rage shooting on the fifty five Freeway in Orange County California

“I’m guessing that he had parked the car here and thought that no one would find it,” is what the relative’s neighbor, Kevin DeSilva told Nicole Comstock of CBS Local in LA.

Due to the fact that the relative, who neighbors say is a grandmother, has been out of time for a while, the police don’t suspect any foul play from the relative.

On Sunday, the California Highway Patrol (CHP) in Santa Anna announced that Marcus Anthony Eriz and Wynne Lee had been arrested in connection with the fatal 55 Freeway shooting that occurred on the morning of May 21, 2021.

Related: Fatal Freeway shooting suspects Marcus Anthony Eriz and Wynne Lee are being held on a one million dollar bond

We are confirming the arrest of the two suspects believed responsible for the shooting death of 6-year-old Aiden Leos. Marcus Anthony Eriz, 24, and Wynne Lee, 23, were arrested at their home in Costa Mesa.

A day after the arrests, the police went to Marcus Anthony Eriz’s relative’s house where they found, in the relative’s garage, the white Volkswagen sedan that is owned by Wynne Lee’s parents.

Who told the police where the sedan was?! The police haven’t said. But if I were a betting person, I’d put my money on Wynne Lee.

Ever since she was a teenager, Wynne Lee has taken a deep dive into the dark abyss of depression where she found herself having to be pulled up from the watery depths of the suicidal sea. “When I started going through depression, at first…I was just..I was lost,” is what the CBS Local folks in LA quoted her as saying via the video she recorded for Kaiser Health News.

Anybody who has taken the same deep dive as the “crying woman” is not somebody who’s going to do well with just the thought of going to prison forever.

Due to the fact that Wynne Lee and her man friend are sitting in the Orange County Jail on a $1 million bond, those thoughts are more likely than not flashing like Florida lightning through Wynne Lee’s mind.

Don’t get me wrong, now. I believe that as bad as Marcus Anthony Eriz wants us to believe his neck tattoos and “Burbprison poses on Insta” says he is, his thoughts about being Big T’s “friend” has him wetting the prison sheets with his tears. The sadness in he and his ol’ lady’s case, though, is that they don’t know that the worse is yet to come.

And part of the worse is coming today when Orange County District Attorney Todd Spitzer is expected to announce the charges against the two.