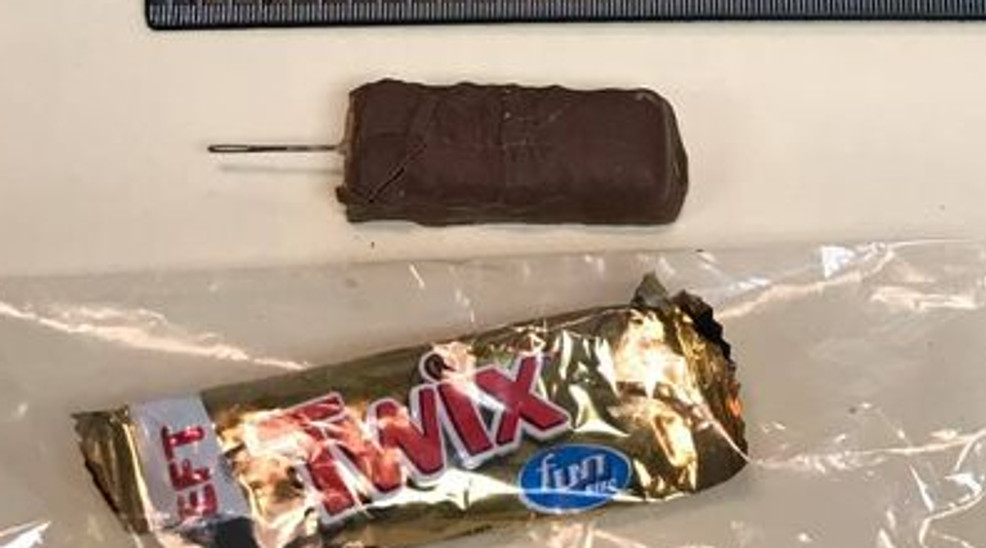 Needle in a Twix candy bar


A teenage trick or treater put a needle
in his Twix candy bar as a joke
by Nathan'ette Burdine: November 3, 2021
Tweet
Follow @nbnylemagazine

A 14-year-old boy in East Greenbush, New York, has qualified himself for some hard time in juve.

The teenager has been charge with filing a false police report after being caught in a lie about someone having placed a needle in his Twix candy bar on Halloween.

Why he did it?! Well, that has yet to come out. What is known, thanks to common sense, is that his parents aren’t too happy about the fact that they have to spend money on fines and a lawyer in order to keep him out of the lil’ big house with Mikey Cheeks and Bobo Peaches.

The police aren’t too happy either because they had to use their valuable facebook, now Meta, time warning folks about a hoax when they could have been sharing pics of their Halloween treats.

On a more serious note, there is a case over in Fostoria, Ohio, where the police are still investigating an incident whereby sewing needles where placed in two Kit Kat bars.

A local hospital has offered, free of charge, to do an X-ray of the kids’ Halloween candy in order to make sure that there are no foreign objects in the candy.