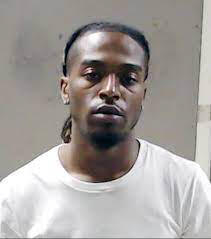 
Bryan Anthony Rhoden was arrested
for DUI and other charges hours after
he killed three people in suburban
Atlanta
by Nathan'ette Burdine: July 10, 2021
Tweet
Follow @nbnylemagazine

A couple of hours after he decided to end his life by ending the life of three others, 23-year-old Bryan Anthony Rhoden found himself in the back of the Chamblee Police squad car heading down to the DeKalb County Jail on DUI, false ID, and traffic charges.

The police booked him and then a couple of days later the judge released him on bond. Some way or another, the Cobb County Police got word that goose was loose running around town. So, the police called the goose, yes they called him, and he answered and came. After making it to the police station, the police let him know that his goose was cooked.

It’s no doubt that the alleged felonious fella is saying he’s as innocent as a baby bird.