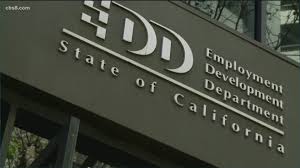 
CA EDD withheld unemployment
benefits taxes after they were
requested not to do so
by Nathan'ette Burdine: March 1, 2021
Tweet
Follow @nbnylemagazine

Welp, it looks like the state of California has managed to mess up folks’ money.

The state of California Employment Development Department (CA EDD) is one of the nation’s largest tax agencies and its decision to not honor folks’ requests to have their taxes withheld from their unemployment benefits has cost many working class and middle class folks a lot of money.

Due to the reduction in his hours resulting in a reduction in his pay, Leandrew Collins asked the CA EDD to withhold his taxes from his unemployment benefits so that he could have a little more money to pay his rent, buy food, and do the other things that he needs to do.

The CA EDD, however, went ahead and took that money out because they needed it. “That’s just crazy because, you know, we think we did everything we were supposed to. We checked the box. We wanted them to go in. No one told us,” is what Leandrew Collins told the abc 7 news folks.

A fella by the name of Jim McHale, who is a CPA from San Francisco, told the abc 7 news folks that folks like Leandrew Collins don’t have much to worry about because all they have to do is used the state’s Earned Income Tax Credit (EITC) and the Child Care Tax Credit in order to make up for the money lost in their unemployment checks.
A family bringing in $400,000 or less can get, on average, $2500 from the EITC and $2000 for each child with the stopping point being child number three.

There’s also the $600, which comes from the state’s coronavirus stimulus package, as well as the possibility of getting $1400 from the federal government’s coronavirus stimulus package. But as with all things, a person has to satisfy certain requirements in order to get that money. And being part of the working poor or middle class is not necessarily enough to qualify a person for the state of California’s $600 stimulus check or the federal government’s $1400 stimulus checks that will more than likely be coming sometime in April, May, or June.

The whole point is that the state of California Employment Development Department messed up several working class and middle class folks’ money when the agency decided to take out folks’ money while all the while knowing they had made that decision without telling folks that the decision had been made to take out their withholding taxes from their unemployment checks.

Sad to say, however, Employment Development Department’s decision is not surprising considering the fact the CA EDD is the same agency that was scammed out of $31 billion in unemployment checks.

Therefore, if the state isn’t managing its system well enough to weed out the scammers from authentic folks, it definitely won’t be able to determine…hm, it’s possible the CA EDD is using the withholding taxes in working and middle class folks’ unemployment checks in order to make up for the money the state lost after the CA EDD sent the scammers $31 billion in unemployment checks.

Hm, somebody better look into that mess, there.