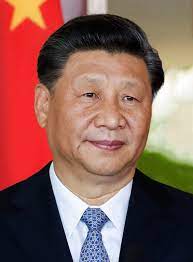 During a meeting with German Chancellor Olaf (Scholzie) Scholz, China President Xi (Chi Chi) Jinping made it clear that he doesn’t support any country fighting a nuclear war on the European or Asian continent.

The Ministry of Foreign Affairs of the People’s Republic of China is quoted in a press release as saying that President Xi does not support the use of nuclear weapons and “that nuclear wars must not be fought,” and that all parties should do what they can in order to “prevent a nuclear crisis in Eurasia.”

Due to Chi Chi trying to get that $900 billion Silk Road project going, he can’t have nukes going off on the European continent or on the Asian continent.

Chi Chi has big plans for China that harken back to the days of B.C. time when the kings, pharaohs, sultans, and emperors were all trading silk, furs, potato skins, rice, and broccoli.

Those were the good ol’ days that Chi Chi wants to re-create because it provides him with the money that will get him the economic power and military power he needs to kick the U.S. of A off the world’s throne.

All of Chi Chi’s big plans, however, go to pot if the war in Ukraine leads to nukes going off on all the land and the people Chi needs in order to build his silky road to world dominance. 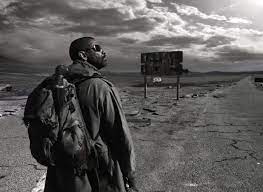 Scholzie says he’s doing all he can to get Chi Chi to talk his buddy, Poochie Pooh, into easing up on the nuke talk. The Press and Information Office of the German Government quoted Scholzie as saying, “Putin’s war challenges the global peace order. At our meeting in Beijing, I asked General Secretary Xi to use his influence on Russia.”

Poochie Pooh says he didn’t do anything wrong because all he’s doing with his “military exercises” in Ukraine is what China wants to do with Taiwan.

Chi Chi doesn’t deny that China wants Taiwan back into the Mainland. He just thinks the crazy boyfriend method should only be used whenever all else fails.

Scholzie thinks Chi Chi should just chill out and let Taiwan just be. Chi Chi, of course, disagrees with Scholzie about Taiwan because Taiwan, unlike with Ukraine and Russia, belongs to the Mainland.