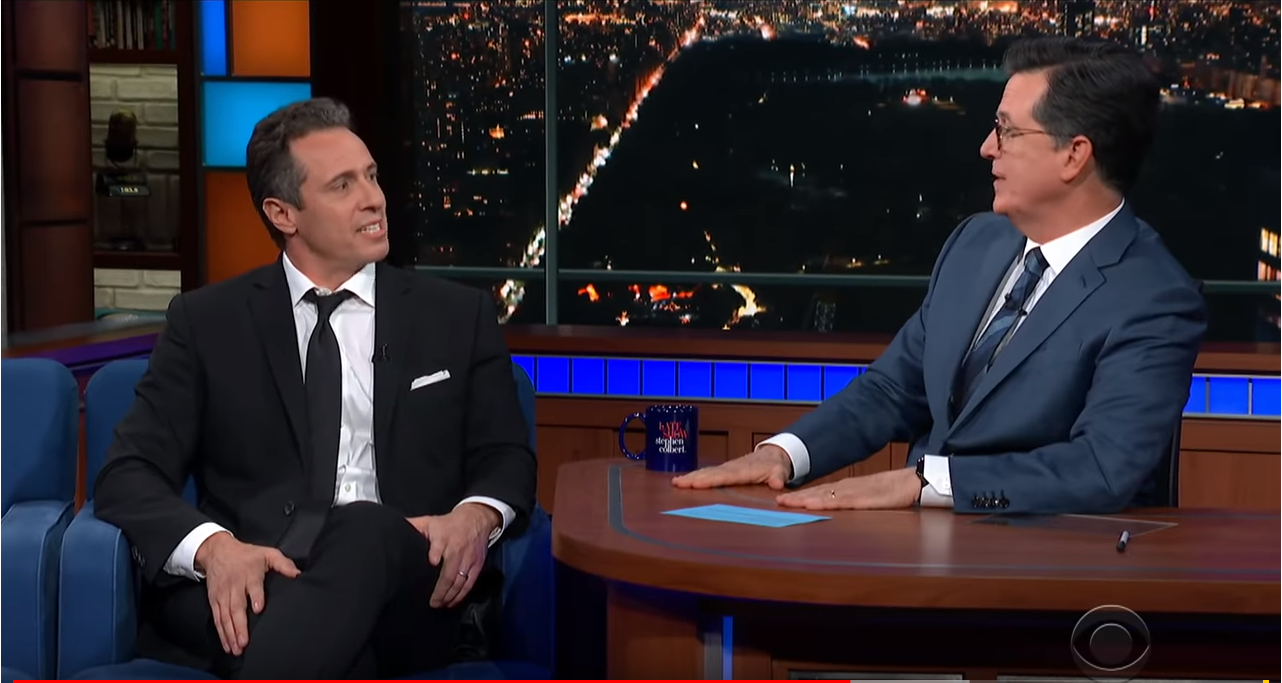 
Chris Cuomo says Stephen Colbert
is 'much quicker and much smarter'
up close and in person
by Nathan'ette Burdine: May 4, 2019
Tweet
Follow @nbnylemagazine

Chris Cuomo used part of his “Prime Time” to talk about his appearance on The Late Show with Stephen Colbert (LSSC).

Chris Cuomo told Don Lemon that Stephen Colbert is “much quicker and much smarter” up close and in person. “You see it on TV. You watch the clips. It’s one thing. But watching it live, it’s amazing how much material he goes through...It’s really impressive,” is what Cuomo said to Lemon.

On Thursday night, Cuomo appeared on LSSC . He and Colbert talked about everything from Cuomo not wanting to go “into the family business” of politics to why he doesn’t have any hair on his chest.

In terms of the first part, Cuomo says he just “doesn’t like politics” because it’s just a little too nasty, low down, and dirty. And he’s right. Politics is a profession whereby if a person did like Chris Cuomo and posted a hairless picture of his chest on Instagram, the first thing folks would say is, “He gets wax at that Chinese massage parlor.”

Next thing Chris Cuomo knows some crazy politician has the state, the feds, and TMZ all knocking at his door asking him why is he “Robert Krafting” at Mei Lin’s Massage Parlor.

That's how they do!  Politicians always take an inch and turn it into mile just so they can get that good government job with those real good benefits.

Therefore, it’s understandable why Chris Cuomo is staying away from politics. It’s a nasty business.

As for those chest hairs, weeellll, it turns out Chris Cuomo isn’t being as truthful as he will like for us to believe he is.

"He’s got hair on his chest," said Colbert.

Hahaha, Chris Cuomo said “No” because he doesn’t want folks to know that he has a hairy chest!

Good thing Chris Cuomo isn’t in politics because something like that, lying about the hair on his chest, will lead to him getting a political opponent who’ll come up with a nickname, like “Lying Hairy Chris,” to fundraise off of.

Those nicknames will get a politician fired. Good thing Chris Cuomo isn’t in the family business.

Y'all go on and check out the YouTube video of Chris Cuomo on LSSC with Stephen Colbert.