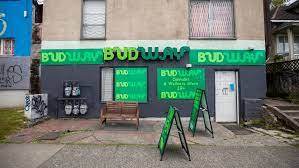 “What do you have to say for yourself,” is the question folks ask whenever they have caught somebody doing wrong.

Usually, folks will either try talking their way out of it, begging one’s pardon by saying how “sorry” they are, or exercising their right to remain silent.

In the case of the Budway pot shop owners (Budway, Cannabis & Wellness Store and William Matovu) located at 1024A Clark Drive, Vancouver, BC, who were sued by Subway for stealing their trademark, they chose the silent route.

Subway filed a lawsuit in the courts after it was brought to their attention that Budway was using Subway’s likeness in order to sell pot oil, pot brownies, and pot cookies.

“Subway IP LLC, which owns Canadian registered trademarks used in association with SUBWAY-branded sandwich restaurants, brings this application to enjoin the respondents from using the following 'BUDWAY' trademark in association with a “cannabis & wellness store.” The respondents did not respond to this application,” is what Judge Nicholas McHaffie wrote.

The most likely reason why Budway did not response to Subway’s lawyer’s accusation of Budway stealing is because Budway knows that a person doesn’t need all of his or her porch lights on in order to figure out that Budwat stole Subway’s look in order to sell its pot oils, pot brownies, pot cookies, and other pot whatnots.

Stop for a moment and look at the spelling of the names, Budway-Subway. 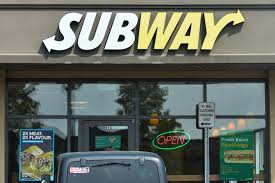 A person could be as high as a kite on pot whatnots and see that the B is moved to where the S would be and the D is placed where the B would B.

And y’all know if a stoner can see it, then a judge who has all of his mental faculties can also see it; which is what the judge did. He saw it. “In each case, the word element of the mark is similar, with the similarities in letters and pronunciation between SUBWAY and BUDWAY being self-evident. The fact that 'budway' is not itself a word means that it would tend to be read in a manner to connote the common word 'subway,' is what the good judge wrote. 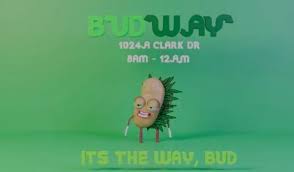 All that said to the judge was that Budway was attempting to incognito Subway’s mascot in order to pass it off as their, Budway, own so that they can sell their food products to customers.

In other words, the fact that both companies sell food products makes the companies competitors. And whenever two companies are in the same industry selling the same products, then the law requires that those two companies be distinguished so that there is no confusion amongst customers about who is who and who is selling what.

“As Subway notes, although ‘their ingredients may differ, both parties offer foodstuffs and edible products to their customers’…I also agree with Subway that the respondents’ use of a submarine sandwich mascot and references to ‘munchies’ further draws the goods into closer comparison,” is what the good judge wrote.

As a result of Judge Nicholas McHaffie’s interpretation and application of the law on the basis of what Subway provided, Budway has been ordered to pay Subway a total of $40,000. The total cost includes $15,000 in damages and $25,000 in court costs.