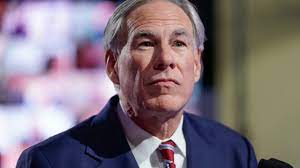 
Gregg Abbott vetoed legislation that
would have set money aside for the
state of Texas to pay all of the
state's workers
bby Nathan'ette Burdine: June 21, 2021
Tweet
Follow @nbnylemagazine

Meanwhile, deep in the heart of Texas, Texas Governor Gregg Abbot showed Texans that he doesn’t have a heart.

Gregg Abbott vetoed the legislation that would have set money aside for the state of Texas to pay all of the state’s workers for the 2021 fiscal year beginning on the first of September.

Specifically, Article 10, within the legislation, lays out how much money state workers would have been paid during the 2021 fiscal year beginning on the first of September.

Seriously, folks, this is what, according to the Texas Tribune folks, Governor Gregg Abbott said, “funding should not be provided for those who quit their job early, leaving their state with unfinished business and exposing taxpayers to higher costs for an additional legislative session.”

Yeah, that fella. He’ll never figure out that he just cut off the hand in order to punish a finger.

Article 10 within the legislation pertains to all of the folks who work for the state of Texas which, at the end of the day, means there will be several folks whose money will look funny around the time, in September 2021, when their first checks would have come out if the governor didn’t use the stroke of his pen to stop all of their checks from coming out.

What’s that saying, “It’s the economy, stupid.” Gregg Abbot not being mindful of the fact that all of Texas workers are also voters who will do what all voters do, which is to vote their pocket books, is why Texas may soon end up turning blue like it did in 91’ when Ann Richardson became governor.

Gregg Abbot, though, ain’t paying any never mind to any of that because he thinks he can come out of all his number twos looking and smelling like a rose if he just calls the Republican and Democratic legislatures, who are out on vacation, back into session to start a new on a budget for the rest of the 2021 year.

Y’all know politicians. They don’t like to do work that they’ve already done. And the work the state of Texas Legislatures have already done is the work on a budget that required the simple stroke of Governor Gregg Abbott’s pen in order to make law.

Therefore, this is a problem of Governor Gregg Abbot’s making that several state of Texas workers/voters will, with the stroke of their pens on Election Day, let him know that they blame him for.