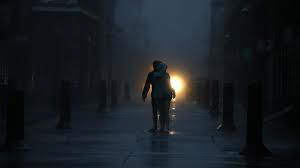 Power out after Hurricane Ida


Hurricane Ida has left some 2 million
plus people without power for 30 days
by Nathan'ette Burdine: August 31, 2021
Tweet
Follow @nbnylemagazine

Sitting the power lines up high on an electrical tower made it so easy for Hurricane Ida to blow her 110mph winds and knock the power out to over 2 million folks in homes and businesses in Louisiana, Mississippi, Alabama, and Tennessee. 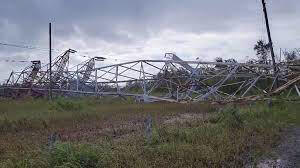 Due to the antiquated set up of the power system, the power won’t be back on for some of those 2 million plus folks until 30 days. One day less than 31 is good, I suppose. But, man, 30 days without lights and toilet, especially if you have a sewer that runs on electricity, are some tough number twos to deal with.

And just to add more salt ‘n’ vinegar to the wounds, gas prices, for everybody, are expected to go up. A day before MAH Ida touched down in Louisiana, the oil companies decided to shut down almost 91% of the oil being produced in the Gulf of Mexico in order to avoid any loss of money and having to deal with angry customers with and without lights for 30 days.

And what everybody is having to deal with is water up to their necks, darkness at night, no internet, no TV, not being able to sleep in their own beds, eat their own foods, drink their own drinks, and most importantly death. Ida has already killed at least four people and she’s expected to kill even more as she makes her way across Mississippi up to New York.

MAH Ida (Mad As Hell) is a bad one. And her badness won’t end until sometime Thursday, September 2, 2021.