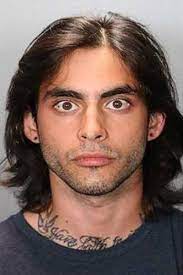 Wynne Lee is facing a total of four years imprisonment and Marcus Anthony Eriz is facing 40 years to life in prison all because they got mad and killed Joanna Cloonan’s 6-year-old son, Aiden Leos, after she gave them the bird in response to their speeding and cutting her off on the 55 Freeway in Orange County, California.

Marcus Anthony Eriz is facing the worse punishment because he’s the fool who decided to response to a middle finger with his trigger finger.

When in fact, all he had to do is what us normal people would do which is to response back to Joanna Cloonan with the middle finger back or just cuss her out and keep on trucking.

Unlike us, Marcus Anthony Eriz ain’t normal and that’s why he’s sitting in an Orange County California Jail without bail.

As for his ol’ lady, Wynne Lee, the only thing that saved her from Lady Justice’s swift hand is the fact that Orange County District Attorney Todd Spitzer couldn’t throw the chitlin’ pot at her. Therefore, he settled on the one year jail sentence and 3 year prison sentence.

The prosecuting attorney did, for some reason or another, ask Orange County Superior Court Judge Larry Yellin to lower her bail to $500,000. The judge, though, has decided to hold off on making any changes to her bail until after the psyche doctor evaluates her.

And folks, I gotta say, it’s quite rich of her lawyer to ask for a psyche evaluation when she, and her boy pal, where in their right mind enough to know that they better exercise their right to remain silent so they wouldn’t say what their actions, the car, and the bullet ballistics tests had already said about them and their role in making Aiden Leos forever 6.