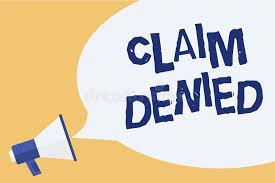 A fraud claim being denied


No guarantee banks will cover
money loss from use of a third
party mobile payment app if
fraud is not apparent up front
by Nathan'ette Burdine: July 1, 2022
Tweet
Follow @nbnylemagazine

There is no guarantee that your bank will put money back into your account after you use a third party mobile payment app, like Zelle, to send money via an electronic fund transfer, EFT, to a person whom you later find out is a crook.

Basically, it is your job to do due diligence on the people you are doing business with. Don’t get me wrong, now! I’m not saying that banks and third party mobile payment apps can make up the rules while they go.

The banks and third party mobile payment apps must follow the Electronic Fund Transfer Act (EFTA) law while providing a banking service to you that involves an EFT.

The EFTA law requires banks and third party mobile payment apps to protect bank account holders from shady hackers whose job it is to hack into folks’ bank accounts and steal their money.

In other words, it’s not the banks or the third party mobile payment apps job to do a background check on the guy you’re buying an iPhone from. An example of this is the case of a fella by the name of Luke Krafka.

Luke Krafka is a musician who plays the cellist. One day, a person called him about performing at a wedding. Luke Krafka was like, “Cool, yeah, I’ll do it!”

Seeing that the check was $10 more than what he had asked for, Krafka thought the check would clear. Thinking that he would have a total of $1,960, Krafka went into his bank account and use Zelle to send $950 of his money via an EFT to the client.

Krafka’s action of sending $950 from his bank account via an EFT says that he didn’t stop to think about the fact that unlike checks, there are no holds on EFTs. Whenever a person presses the send button, the money goes.

Needless to say, the crooks ghosted Krafka after getting his $950. Here’s what Krafka told CBS News that he told his bank, “I said look I think I’ve been scammed.” Knowing the folks at Krafka’s bank, they probably told him that before he pressed that send button he should have looked down at his account and saw that next to that $1,960 check were the words “PENDING,” meaning the money isn’t there.

Most importantly, folks, if somebody is telling you to pay another person from the check he or she gives you then that’s a sign that person doesn’t have any money to pay either of you. Good, decent folks pay you and the other person who is working with you. They don’t have you to pay yourself and the person you’re working with out of the check that they send to you.

Common sense is what banks, third party mobile payment apps, and the law tell folks to use whenever they are doing business with other human beings.

And if you’re a gal who’s looking for a swanky pad out in the city, then you better make sure you’re not transferring money from your Venmo account to your maybe landlord who’s looking to add your money to the pile he or she is using to buy a beach pad out in Cali!