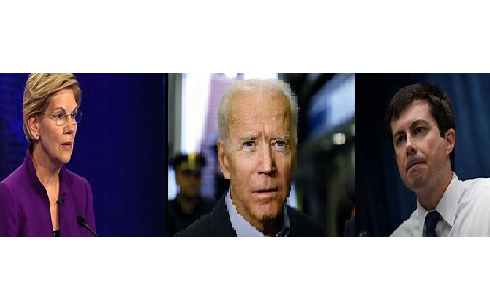 
Over 60% of Iowa voters say they
could be persuaded to vote for another Democratic candidate for president
bby Nathan'ette Burdine: November 24, 2019
Tweet
Follow @nbnylemagazine

Hm, if that ain’t about a blimp. The recentCNN/Iowa poll shows that 62% of Iowa voters say they can be persuaded to vote for another Democratic candidate for president.

Folks, that there ain’t good news for any of the 20 or however folks running to become the 45th person employed by the people of the United States of America.

What that poll says is that folks just aren’t feeling what the Democratic candidates for president are giving.

They ain’t feeling little Pete who is leading the field with 25% support. Iowa voters aren’t listening to a word that Auntie Warren (16%) is saying about all of the plans she’s planning on having. Grand-daddy Joe (16%) and ol’ Uncle Bernie (15%) there are the ol’ men in the sea, while the rest of the field is just, “eh, whatever man.”

The truth is that the Iowa voters are just like the rest of the folks here in America who are not tuning in to what the Democratic candidates for president are saying because they aren’t feeling them.

Don’t get me wrong, now, this doesn’t mean that folks are warming up to The Donald. It’s just that they don’t see any other option which means that more people will sit this one out, leaving us with the odd old man out staying in the White House.

Second terms are a bummer, though. Oh well, sucks for him!