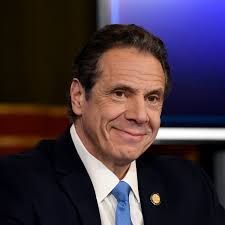 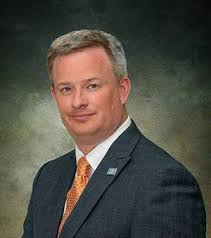 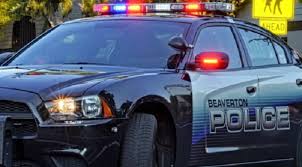 Russian President Vladimir (Poochie Pooh) Putin is trying to convince the world that his sending a flood of troops to the Ukrainian border in Donetsk and Luhansk is not evidence of a forthcoming Russian invasion into Ukraine but Russia’s way of ensuring that the United States and the North Atlantic Treaty Organization (NATO) doesn’t invade Russia with their western ways.

“The matter is not whether to send troops or not, go to war or not, but to establish a more fair and stable development and taking into account security interests of all international players. If we sincerely strive for that, no one will fear any threats,” is what the Associated Press folks quoted Putin as saying about the matter.

Putin ain’t paying any never mind to the fact that the nearly 70,000 Russian troops “hanging out” on Ukraine’s border is reminiscent of the Russia’s “little green men” special forces who hung out on the Ukrainian border back in 2014 before Russia invaded the former Ukrainian regions of Crimea and Sevastopol.

Let Putin tell it, all of the fuss, today, about the nearly 70,000 Russian troops chillin’ on the Ukrainian border is really just a bunch of noise coming from the U.S. and NATO who are all gung-ho on using Ukraine as a pawn in their game to get Russia into a fight so they can justify the spread of their western ways. And the one thing ol’ Poochie Pooh Putin isn’t having is any spreading of western ways into his “safe space.” No sir! Unh-uh!

The one thing that always causes Poochie Pooh Putin to become scury and fearful is NATO making moves to bring Ukraine into its fold. Due to Ukraine being a former Soviet territory, Poochie Pooh Putin sees Ukraine as Russia’s property.

Ukrainian President Volodymyr “Ze Ze” Zelensky, though, views Ukraine as a sovereign nation. And he knows the only way to prevent another Ukraine 2014 is by joining forces with NATO and working with the member states, specifically the U.S. and the UK.

Poochie Pooh Putin doesn’t like any of that because in his mind Ukraine belongs to Russia, which means it belongs to him. Therefore, whenever NATO officials or the United States officials begin popping their gums about bringing Ukraine into the western fold, Poochie Pooh Putin throws his dirty diaper into the international playpen.

And the buildup of nearly 70,000 Russian troops on the Ukrainian border in Donetsk and Luhansk and the threat of using a “new hypersonic weapon” is nothing but Russian President Vladimir “Poochie Pooh” Putin throwing his dirty diaper at the U.S. and NATO in order to dissuade them from taking Ukraine from him.

“What should we do. We would need to develop something similar to target those who threaten us. And we can do that even now,” is what the Associated Press folks quoted Poochie Pooh Putin as saying about his fear of NATO crossing that “red line” he has set.

Poochie Pooh Putin knows that if Ukraine becomes a member of NATO then NATO will enforce Article 5. Article 5 scares Poochie Pooh Putin because it allows all of the NATO members to use their collective military power in order to push back on the threat that is he.

Russian President Vladimir “Poochi Pooh” Putin doesn’t want to be in that position because he knows that will result in his hide getting a well over do caning that will undoubtedly embarrass him on the world stage by showing him up to be the mitch, scury, lil’ fearful man that he really is.

So, dirty diapers into the international playpen Russian President Vladimir “Poochie Pooh” Putin will throw in order to keep his western foes out of his “safe space!”