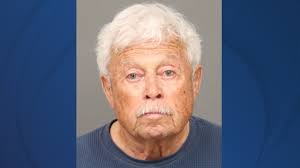 
Ruben Flores out on bail a day after
court documents reveal he hid Kristen
Smart's body under his deck
by Nathan'ette Burdine: April 22, 2021
Tweet
Follow @nbnylemagazine

About an hour before midnight, Ruben Flores was released from jail after he paid the 10%, $5,000, of the $50,000 bail. A day before his release, the state presented evidence showing that Ruben Flores has known, for 25 years, that Kristen Smart’s body was under his deck.

Judge Craig Van Rooyen didn’t pay the state’s evidence any never mind, though. The “good judge” decided, instead, that reducing Ruben Flores’ bail from $250,000 to $50,000 is the right thing to do because Ruben Flores is, after all an old man who has many health problems. And leaving an 80-year-old man, who is accused of helping his son hide a girl’s body that he, the son, helped to get dead, would not be the Christian thing to do.

“…setting bail in something more than he can afford is a detention under the law,” is what the Associated Press folks quoted the “the good judge” as saying.

Considering the fact that San Luis Obispo County Prosecutor Christopher Peuvrelle said that the evidence shows that Kristen Smart’s body was “recently moved” from up under Ruben Flores’ deck, a person would think that Ruben Flores’ age and frail condition wouldn’t’ve been enough to stop a judge from throwing the book at him.

Judge Craig Van Rooyen, however, is a different type of “human” who believes it is counterproductive to place a frail 80-year-old man, like Ruben Flores, in jail without bail; just because he helped his son to hide a young girl’s dead body under his deck for 25 years.

The problem with Judge Craig Von Rooyen’s argument is that the facts outweigh his concern about Ruben Frail’s health. And the facts of the case are that for 25 years Paul Flores has allegedly been getting away with the rape and murder of Kristen Smart due to his father, Ruben Flores, disvaluing human life so to the point that it doesn’t trouble his mind to hide a young woman’s dead body in order to help his son, Paul Flores, allegedly get away with her rape and murder.

Those facts, alone, are enough to deny bail to any person.