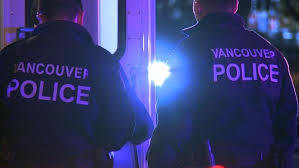 
Shoplifters admit to the Vancouver
police that they were going to
sell stolen goods on the dark web
by Nathan'ette Burdine: December 6, 2021
Tweet
Follow @nbnylemagazine

During a crackdown on shoplifters, the Vancouver police rounded up 32 people of whom almost half admitted to being professional shoplifters who profit by selling stolen goods on the dark web.

The stolen goods that almost half of the 32 shoplifters planned on selling range in everything from garden tools, shoes, to clothes. The police were able to get back about t $18,000 worth of items which means there are several thousand dollars’ worth of items out there on the on-line and in folks’ homes.

“We do everything we can to apprehend offenders and hold people accountable. This is part of an ongoing effort and this is a battle we are always going to be waging,” is what the Vancouver Sun folks quoted Vancouver Police Department (VPD) Sgt. Steve Addison as saying during a press briefing.

Sarge is right. There’s no end to chasing down shoplifters. Shoplifting is stealing. And stealing is one of the criminal industry’s oldest and most violent and profitable sectors.

And due to the advancement that humans have made in technology, criminals are able to cast a wider net that allows them to bring in a haul of several hundred thousand to north of million dollars from several different on-line marketplaces.

E-fencing is what it is call and it has made it easier for criminals to sell stolen good to a larger customer base at higher prices on multiple sites that include eBay, Amazon, Facebook now Meta Marketplace and marketplaces on the dark web.

Back in 2017, the National Retail Federation told the Associated Press that over half of the store owners they talked to saw their goods being sold on-line with such labels as “new in box” or “new with tags.”

In many cases, the store owners don’t get their items or their money back because by time the police begin their investigation the criminals are operating under a different on-line identity behind a non-traceable IP address. No face! No fingerprints! No footprints! No shoe prints! No nothing! There’s just an on-line ID that no one is able to ID!

Here’s what Detective Mark Solomon, who is Greenwich Police Department’s head man over the cyber and financial crimes unit, told the Associated Press about the difficulty of catching thieves who sell on-line: “With a lot of merchandise, it’s not like they have serial numbers. Once it’s out of the store, it’s almost impossible to prove it’s been stolen.”   Yeah, it sucks big time!