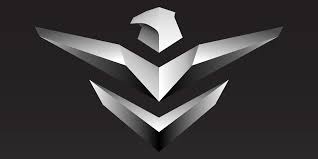 The Silver Sparrow malware is a crafty little devil that has infected 29,139 Macs in 153 countries that include the United States and our friends Canada, Britain, France, and Germany.

Unlike the unsophisticated malware that attacks the Mac systems by working as one team under the guise of being a trusted application like Adobe, Silver Sparrow comes in as two separate teams, like updates that you need to download, which uses the Mac system against itself by using the Macs’ JavaScript API code in order to send out commands.

It is one of the reasons why the Silver Sparrow has gone undetected and been successful at infecting 29,139 Macs in 153 countries. “Though we haven’t observed Silver Sparrow delivering additional malicious payloads yet, its forward-looking M1 chip compatibility, global reach, relatively high infection, and operational maturity suggest Silver Sparrow is a reasonably serious threat, uniquely positioned to deliver a potentially impactful payload at a moment’s notice,” is what Tony Lambert wrote on the blog of the cybersecurity companyRed Canary. Mind you, the “moment’s notice” hasn’t come despite the fact that the Silver Sparrow has infected 29,139 Macs in 153 countries.

And this leads to the final and third reason why Silver Sparrow has been able to outwit the cyber police. Silver Sparrow can leave a system on its own allowing it to go undetected so that it may move on to one system after another which is what it has done. “In addition, the ultimate goal of this malware is a mystery. We have no way of knowing with certainty what payload would be distributed by the malware, if a payload has already been delivered and removed, or if the adversary has a future timeline for distribution. Based on data shared with us by Malwarebytes, the nearly 30,000 affected hosts have not downloaded what would be the next or final payload,” is what Red Canary’sTony Lambert wrote.

In order to learn more about the Silver Sparrow malware and how to detect it, head over toRed Canary blog.