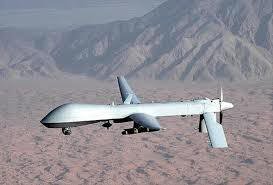 A drone getting ready to strike

The ISIS-K (Islamic State in Khorasan Province) planner of the Kabul airport attack met his end while chilling in a car with his ISIS-K friend.

A U.S. drone struck the ISIS-K pair near their home base in the Nangarhar Province where, since 2015, the terrorist, people hating group has been planning all of its killings.

On Thursday, an ISIS-K suicide bomber carried out an attack at the Abbey Gate at the Hamid Karzai International Airport (HKIA) in Kabul, Afghanistan.

ISIS-K’s love for killing anyone who is humans has gotten them the not-so-good classification as one of the most brutal, violent extremists Islamic groups.

Folks, ISIS-K is so bad that they make Al Qaeda and the Taliban look like choir boys. ISIS-K has a kill everything and everyone policy.

All of that killing of humans has led to Osama bin Laden’s and Al Qaeda’s BFFs, the Taliban, joining forces with the U.S. in order to bring ISIS-K numbers down from its high of 5,000 members to something in the 100s.

Folks, let that last part, there, sink in…Mm-hmm, the Taliban, who provided safe haven for Osama bin Laden to plan the 9/11 attacks, is working with the U.S. in order to get rid of ISIS-K.

The U.S. and the Taliban know that if they don’t put that “cracked out meth headed rabid dog”, called ISIS-K ,down in the ground, then ISIS-K will do away with us all.