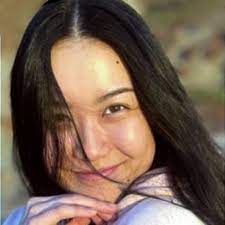 
Wynne Lee got out of jail after
Judge Larry Yellin lowered her
bail
by Nathan'ette Burdine: June 29, 2021
Tweet
Follow @nbnylemagazine

Orange County Superior Court Judge Larry Yellin’s decision to meet the deadly 55 Freeway driver’s, Wynne Lee, lawyer halfway by lowering his client’s bail down from $1 million to something her parents could afford, like $100,000, is why Wynne Lee is out roaming the streets.

Wynne Lee was thrown in jail and charged with hiding evidence after the fact and not having a permit for the gun that her boyfriend, Marcus Eriz, used to kill 6-year-old Aiden Leos, on May 21, 2021, during the deadly road rage incident in Orange County, California.

Marcus Eriz was charged with murder and remains in jail without bail. He faces 40 years to life in prison. Wynne Lee faces a total of four years in prison, with one year in county and three years up state.

With all the wrong that Wynne Lee did with her boyfriend, a person would think that the judge and DA would agree to keep her bail at $1 million in order to ensure that she doesn’t get out and walks amongst the public who she poses a danger to. But, unh-unh. No sir!

Now, I know what y’all are saying, “$500,000 is still high.” Yeah, but $500,000 is lower than $1 million. Therefore, the chances of Wynne Lee’s parents finding the money, by either putting up their house or other property they may own, increases the chances of her getting out on bail; which she is out on due to Judge Larry Yellin meeting her lawyer, who wanted bail at $50,000, halfway.

As stated earlier, Wynne Lee has allegedly committed several crimes, along with her killer boyfriend Marcus Eriz, which would cause a judge and DA to leave her bail at $1 million.

“Allowing that gun and that person back in her car and committing what appears to be another crime…that is concerning when I consider the danger to the public and to the victim…both of the most concerning acts of this case were when you were behind the wheel of the car,” is what abc 7 quoted Judge Larry Yellin as saying.

The judge’s decision is, undoubtedly, why Wynne Lee is out roaming around amongst the general public who, while on feet or in a car, she poses a danger to.

Mind you, folks, neither DA Todd Spitzer or Judge Larry Yellin just fell off a turnip truck. They know what they’re doing with that gal, there.

And what it looks like they’re doing with that gal, Wynne Lee, there is holding up their end of the bargain while she cooperates with the police and the DA in order to make sure that her killer boyfriend, Marcus Eriz, spends 40 years to life in prison.